No.  There are too many established wineries, wines, winemakers, and emerging success stories for any one particular winery, or wine, to be ‘the‘ singular focus of the Virginia wine narrative this year (or any year).  However, as RdV’s wine and message spreads, no doubt Rutger de Vink and crew will be the subject of much conversation throughout Virginia, and beyond.   Sprinkle in a little controversy – namely an inaugural vintage nearing the $90 mark – and RdV will certainly be one of the most talked about openings in Virginia wine this year.  (Editorial note: I find it interesting that no one seems to blink or pause when a California cab is released at this price point.) 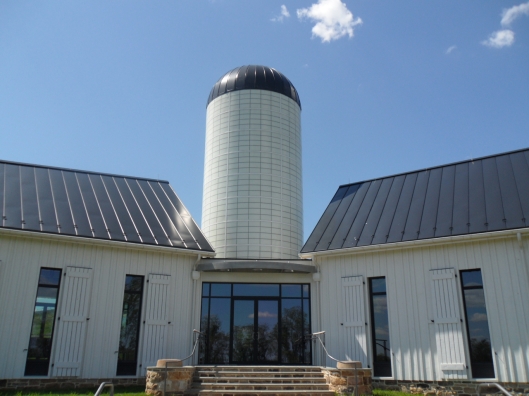 I first heard about RdV in October from a Virginia wine friend who wrote to ask if I’ve visited the soon-to-be opened winery that ‘could take Virginia to the next level on the global wine stage.‘  Personally, I don’t feel any one wine or winery can take Virginia to the next level.  Virginia wine, as an industry, has made huge strides in wine quality and name recognition over the last 10 or so years.  Moreover, the Virginia wine industry, as a whole, is quickly moving in the direction of more global prominence based on the sweat equity of industry pioneers like Luca Paschina, Jim Law, Dennis Horton, Gabriele Rausse, and a handful of others, along with a huge cadre of talented young winemakers throughout the state.

Although I know the spirit of my friend’s comment was not intended to minimize what other wineries have accomplished, I feel it’s unfair to other Virginia wineries and winemakers who have worked their land for years to posit that one winery can ‘put Virginia on the global wine map‘ (the Virginia wine industry is already on the map, by the way).

Given the growth rate of Virginia’s wine industry – 34 new wineries opened in 2010 alone – news of a new winery opening is not really news at all.   I will admit my superficial attention to the bottle price is what peaked my curiosity of RdV, when this friend noted that RdV could be Virginia’s first $100 bottle of wine.

The price tag clearly got my attention as very few wines here in the Commonwealth come anywhere close to the $100 mark.  After a number of emails and calls to industry folks who would know of a new winery quietly setting up shop to produce what could be our state’s highest priced wine, I finally made contact with the proprietor of RdV Vineyards, Rutger de Vink. 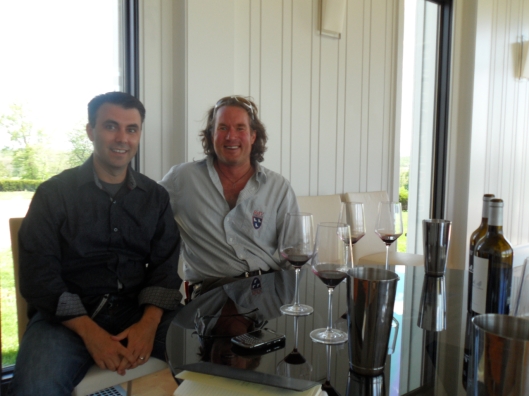 Me and Rutger de Vink

Although our schedules precluded us from setting up a visit to RdV during the winter months, we had several phone conversations to discuss Rutger’s background, mission, and of course, RdV wine.  Thankfully, after a number of phone conversations with Rutger over the last few months, our schedules synced up and I recently had the chance to visit RdV.

During my visit, Rutger, RdV’s cellar master Joshua Grainer, and I walked the hilly vineyards, discussed site selection, soil, soil, soil, toured the cave (seems weird to say ‘wine cave’ in Virginia), and of course tasted wine.  This is one of the few winery visits where I left with more questions that I came with.

A picture perfect day at RdV 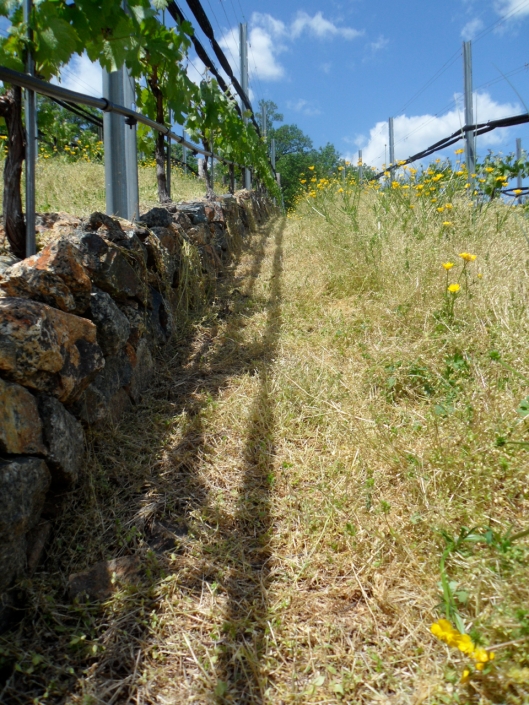 Vineyard rows lined with granite from the land.

After spending the day with Rutger and Joshua, there is no doubt in my mind that RdV wines are going to be noticed in a big way.  The pre-planning, planning, vineyard work, extreme attention to detail, and the investment behind RdV is impressive and very exciting to see here in the Commonwealth.  Rutger’s time spent working at Linden and the French influence by way of consultants like Eric Boissenot, along with Rutger’s absolute commitment to producing world-class wine will ensure that RdV is a major part of the Virginia wine conversation this year.

As for the wine, we tasted RdV’s three offerings from the 2008 vintage – RdV ($88), Rendevous ($55), and the friends and family wine ($TBD, ~ $25).  The wines were good, and not in that cursory ‘oh these are good’ type of way that one sometimes informally judges a wine with as much work and price tag behind it.   RdV wines are ‘really’ good, characterized by concentrated aromas and flavors with a complexity and depth missing from so many wines.

When tasting wine, especially with the winemaker and cellar master present, I don’t like to show my hand in terms of my opinion.  Instead, I prefer to marinate on the wine and usually move past any form of opinion-sharing with a banal statement like ‘this is good.‘  I got by with a ‘this is excellent,’ but wanted to say ‘holy shit this is really good, I can’t believe this is made form third leaf vines.’   I seriously cannot wait to see how this wine ages – will be amazing in a few years!

I am still in data gathering mode for a print piece on RdV so I won’t ramble on with too much more commentary here, but encourage interested readers to check out Dave McIntyre’s excellent piece, ‘First Growth Virginia? A fledgline vintner wants to prove it’s possible,‘ that was published in the Washington Post’s Lifestyle section in March.  This article resulted in a lively discussion on the Wine Berserkers discussion board (see thread here).  Discussion is perhaps too strong of a word – a sharing of very strong opinions is a better way to describe the chatter.

I found it interesting that many of the strong opinions shared about RdV at Wine Berserkers were coming from people who had not visited RdV, or talked with RdV’s founder to discuss his mission, or walked the vineyards, or… wait… actually tried RdV’s wine.  Perhaps an educated opinion just doesn’t make sense to some people.

Below are a few photos I took during my visit (unfortunately these photos do not do justice to RdV’s vineyards and facility.   NOTE:  All photos/images are copyright DrinkWhatYouLike.com and Frank Morgan):

Another view of the RdV cave 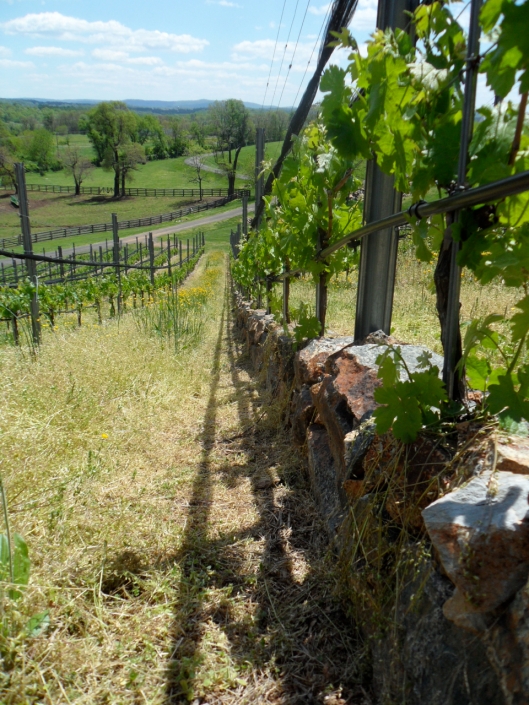 Another view of vineyard row 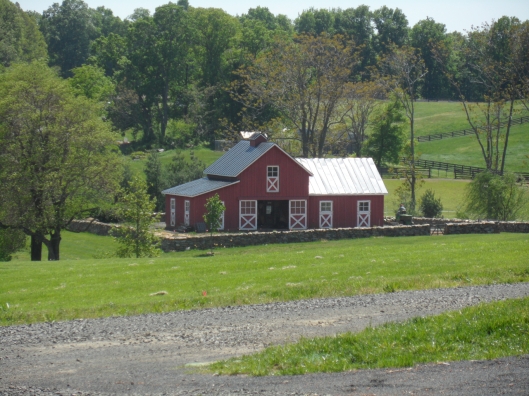