The Commonwealth of Virginia is rich in history – the first permanent settlement in Jamestown in 1607, George Washington, Thomas Jefferson, the American Revolution, Civil War, and of course home to America’s first commercial wine enterprise  (this particular point is often debated).  By most accounts, America’s commercial wine industry began in the spring of 1774 when Philip Mazzei planted vines on his land, now the home of Jefferson Vineyards. 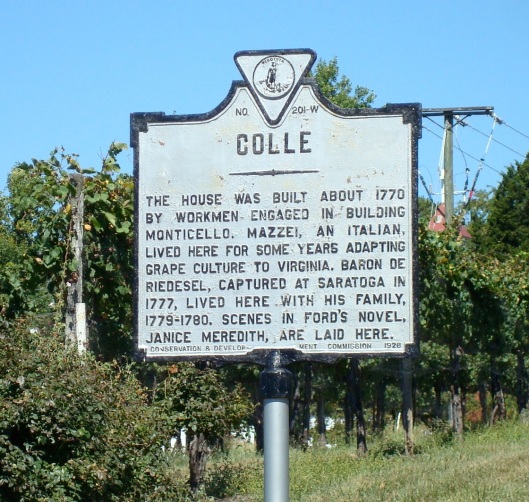 “We grow grapes and we make wine.  That’s all we do, and we do it very well.” ~ Jefferson Vineyards

Land at Jefferson Vineyard's, just over 200 years ago, Philip Mazzei planted vines on this land.

The land that was once home to Mazzei’s (and Jefferson’s) vineyards 200 years ago was resurrected in 1981 by the proprietors of Jefferson Vineyards, and replanted under the guidance of one of the early pioneers of the Virginia wine industry, Gabriele Rausse.

“I do not believe that nature is so favorable to growing vines in any country as this.” ~ Philip Mazzei

As part of my ‘research’ for this series, I visited Jefferson Vineyard to learn more about the land that was once home to Mazzei’s Wine Company. Though Mazzei had no commercial success with the land in the late 1700’s, today Jefferson Vineyards produces between 4,000 and 8,000 cases annually. 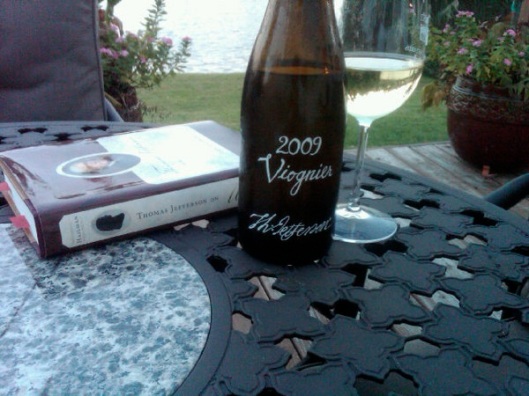 Jefferson Vineyards Viognier - one of the best in Virginia (and one of my favorites).

Next week – Jefferson in Paris and Jefferson and Cider, Part 2