When I decided to undertake this ’30 Days of Jefferson on Wine’ series, I began by drafting a list of Jefferson and wine topics that I would like to learn about and present as part of the series. Near the top of the list was ‘Jefferson’s first wine.’

Given Jefferson’s practice of methodical record keeping, I had visions of deep research in to the origins of his first wine and long searches for a modern-day and economical equivalent.

Unfortunately, the written record of Jefferson’s first wine may have been lost in 1770 during the fire at Shadwell plantation, his birthplace and home during his early years.  The fire destroyed nearly every paper and book Jefferson owned except for a few of his pocket account books, which are the sole source of his brief comments on wine prior to 1770. (Hailman, p. 29)

We will never know what was lost in the fire at Shadwell – no doubt many of the great books and meticulous notes of Jefferson’s early life.  Although Jefferson’s first wine is unknown, his first introduction to ‘good wine’ likely occurred during his days in Williamsburg, VA when he was a student at William & Mary and where he later studied and practiced law.  During Jefferson’s time in Williamsburg, he traveled in the circles of well-regarded colonials like George Wythe, mentor, judge and fellow signer of the Declaration of Independence, and Francis Fauquier.  As the royal governor of Virginia, Fauquier hosted extravagant parties where Jefferson and other guests drank imported wines.

Of the written records available, Jefferson’s first wine of record was noted in his account book on August 18, 1768 – ‘Pd. W. Crow for claret 4/.’  Since Jefferson entered the college of William & Mary eight years earlier, in 1760, and associated with esteemed company, I suspect he had his first wine experiences and made his first wine purchase long before this note on claret appeared in his account book in 1768, at the age of 25.  Sadly, we’ll never know for sure. (Hailman, p. 29) 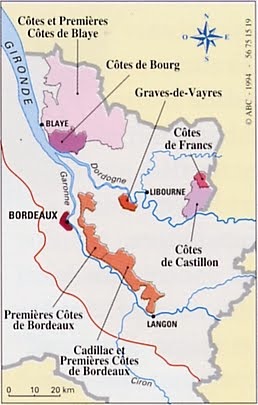 Although the French had long since stopped using the term, ‘claret’ was widely used in 18th century colonial America which was derived from the earlier French term ‘clairet,’ meaning clear or light-colored. (Hailman, p. 36) Claret was first used to describe the light red wines that were sold from the port of Bordeaux.

Jefferson noted in one of his many travel journals, ‘few Cabernet Franc red wines from the chateau country of the Loire Valley in western France were ever heard of by their own names outside France, since they were sold instead under the more popular and saleable name of ‘claret.’  (Hailman, p. 37)

Realizing the outdated use of the turn, Jefferson advocated the name ‘claret’ be removed from the list of imported wine during his Presidency – “The term claret should be abolished, because unknown in the country where it is made, and because indefinite here.”

The claret Jefferson paid for in August 1768 was most likely light red Bordeaux, but there is no way to know for sure.  Adulterating – mixing in substances not related to grapes – was a common practice in those days (considered fraud today).  In fact, one popular 18th century recipe for claret included mixing a quart of cider with a quart of port, shake well, and then let stand for a month.  (Editorial Note: Nastaaaay!)

Although still used throughout the world today, and here in Virginia, the term ‘claret’ is used primarily by the British to describe red wine from the Bordeaux. In fact, claret is a protected name within the European Union.  The French do not use the term except on exported wine.

As with many ‘facts’ surrounding the life and times of Thomas Jefferson, the wines of his early years (before the age of 25) are debatable.  If someone has information surrounding the first recorded wine of Jefferson, I would certainly be interested in the citation.